Hello and welcome to another unboxing blogpost! This time, let´s have a look to Korean Artist, band Hammering! These days I have ordered a T-Shirt from the newest Merchandise for the band´s 2nd album "Libera Me". Thank you to the Express delivery of only 1 week! The package came with my ordered T-Shirt, including the album* and band sticker* (album and sticker are sponsored by band).

The T-Shirt Merch let you choose between two different designs. I chose here the Type B "Paisley, pattern and light green print". The cd comes with a korean slipcase, including a booklet, information and sticker. In this album version, each member signed the last booklet site with personal signature. 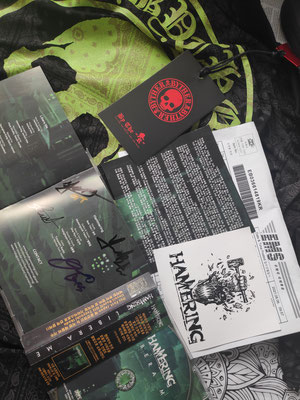 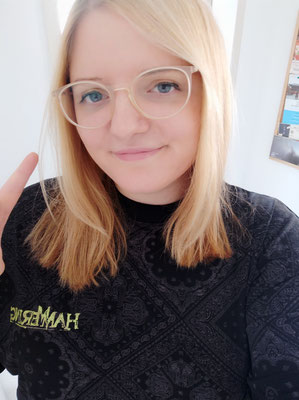 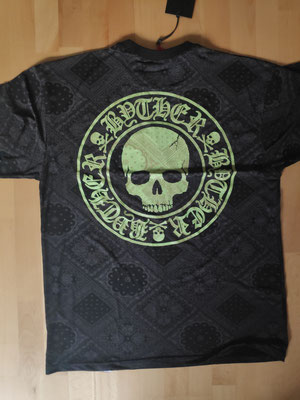 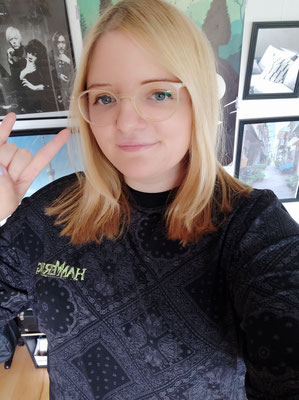 2017, they made a agreement with FWD Inc. (Japan) who is selling now Hammering music at Tower Records stores in Japan. For all metal heads, who are not into Korean music culture - Band Hammering was also support band of Soilwork (Sweden), GYZE, SURVIVE, TERROR SQUAD, D-drive, TSP, OUTRAGE, Vorchaos [Japan] WORMROT [Singapore].

The newest record comes with 8 Groove Metal inspired songs on the heavier side. With having a look to its cover, you can see Libera Me surrounded in a moody city under green lights. For my first view, it looks like a call of freedom. To begin with the Intro, you will hear some western war inspired elements. I also could understand German words of marching. The bridge to "On the March" is fluent such as "Libera Me" with a powerfull start. Here I really miss the possibilty of going to concerts again...

Breaks are on point and give you the vibes of headbanging festivals. The following songs "Trigger Finger", "Black Sea" and "The Shining" comes in a new version. With "Stay away" and "Daugther of the Wind" I feel some cool old Metal tunes with the typical melodic Korean vibes. Even these songs are new!

Libera Me shows an new arranged sound in the bands own stil. If you are not familiar with Asian Metal, but a fan of Symphonic and heavier sounds, you should give band HAMMERING and Libera Me a listen :)

8. Daughter of the Wind

By Hammering - No Mercy Fest

Through the experience of overseas tours every year - since 2015, NO MERCY FEST has been established as a product of various projects in the Korean heavy scene, and has held nearly 20 events in Korea and Japan for six years. South Korean bands representing the Japanese Rock/Heavy scene as a bridgehead for music exchanges between Korea and Japan.