During the current tour of Taiwanese band Bloody Tyrant, it was possible to connect the group with the German-Taiwanese Association. The following interview is a talk between Willy Krieg Tai, bassist of Bloody Tyrant and the Association on 14th July 2022 in Berlin.

Happy welcome to Berlin. You have been already touring through Europe for … by now…Yes, we are on the road for more than three weeks by now. We do have a very tough schedule, we are driving a lot, everybody from our team who is holding a driving license has to take over a car ride. We are enjoying this tour very much, it wont be easy to come back to normal life when we are back in Taiwan…It is a very special experience for all of us.

When did you actually start doing music? When have you started your instruments? I did not study music, it is all self-learned. It all started at high school, actually with rock´n´roll music. Later things got heavier (laughing)

Did you have any music idols at that time? Oh yeah…as a teenager the most heaviest music band was Linkin Park. So many people got into heavy metals through Linkin Park. After that everything got heavier…Unfortunately Taiwanese media were very closed back in 80s and 90s. Our daily information were mainstream mandarin popstars or rockbands. When we startet to explore foreign bands, we just could not believe it, that there are so many…

How did you meet?  We have been knowing each other for quite a long time by now. Taiwan is small, and so is Taiwan's music-scene. Especially the metal-scene is very small – everybody knows each other.

„Bloody Tyrant“ – what does the band name mean? How did you get this name? It is a really a dumb story. When we got formed in 2008 we were brainstorming about our band name. There was this famous black metal song called „Tyrant“ at that time. We went to wikipedia, but discovered thousands heavy metal bands called Tyrant, so we decided to add something special to it…and there you are, we took „Bloody“ not knowing at that time that in the British context it is a very popular adjective…we did not know, but later, when our English got better, we realized this, and we really wanted to keep this name. We love it so much, it is really an awesome story… 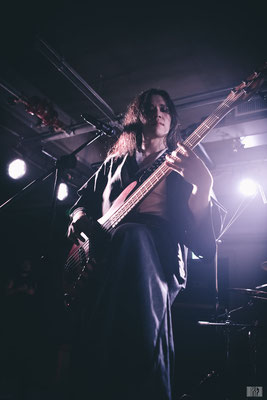 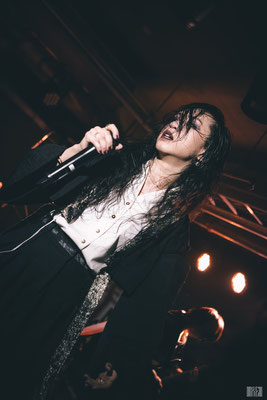 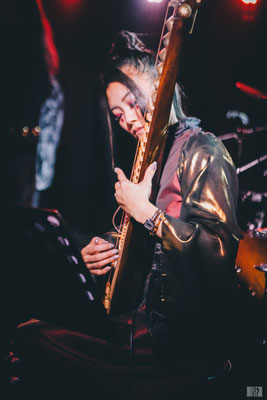 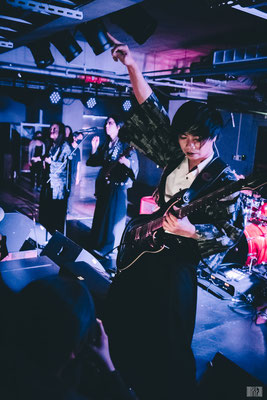 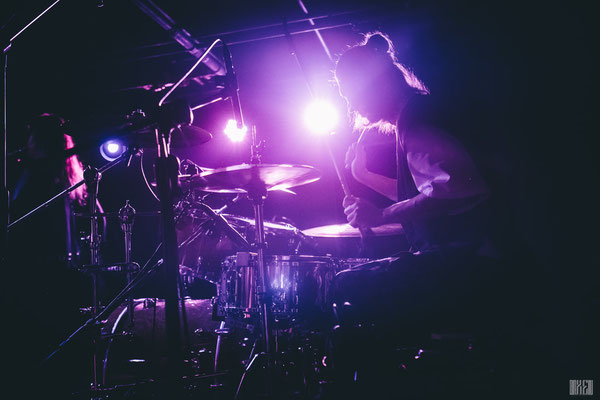 So far you already released some records. How do you describe your music style? You described your style of music as folk metal. What are typical elements?

It is based on heavy metal with different traditional instruments, like erhu and pipa for instance. In Taiwan, pipa is very common in traditional music, so we decided to integrate it.  It is part of our own culture, that is the most essential thing about folk metal. If you go to a temple or whatever, you will hear pipa or erhu. We mix traditional roots of your own culture into modern music. So in Europe everybody is asking us about pipa, what is this??? Nobody knows it. So we really got a new mix. In fact, we are very lucky, that our pipa-musician is very open-minded with regards to music styles.


Looking at and listening to your music we get to know a lot about Taiwan´s landscape, heritage tales and mythology. Is this a way for you to describe Taiwan´s spirit of identiy?

Yes, it is a special mission and it the reason why  we are adding folklore elements: to make our cultural roots more visible. Especially under martial law perid many traditional Taiwanese stories just faded away. So many in my generation do not even know about it. As Europeans you do have so many bedside-stories. In our lyrics we share these old tales and stories. We did not have it when we were young.

So basically you use your music and lyrics to make the past more visible for your younger generation? Yes, to let people know where we come from. If we don´t do that, the  past will fade away. That is why some of our albums are talking about Taiwanese folklore. We do not want to be misunderstood as being Chinese. We are Taiwanese. That´s why we wave our Taiwan flag when on stage.

Earlier this year you released  a new music video. Can you explain the background for it? Our mindset for this song was to tell the story from a Japanese perspective. A lot of Taiwanese stories were collected by Japanese researchers. I read a lot folk stories collected by Japanese resarchers. Personally, I am very much influenced from Japanese culture. I am very nerd about Japanese martial arts. I started to took Kendo lessons 5 years ago. Culturewise we consider Japanese style as very popular. Likewise, we are big fans of the Japanese community. There are very strong connections between Japan and Taiwan. But not everybody speaks Japanese. Some of our grandparents were educated by Japanese.

Compared to KMT-dictatorship, the Japanese did so many good things during the colonial period, like infrastructure etc.The video is about a song on our upcoming EP. It refers to an earlier album -  I still have so many stories to tell, also Samurai stories. It sounds weird, because it is not really Taiwan-related at  first sight. But since Taiwan and Japan are strongly connected, we should also tell something about Samurai stories in return, on the point of getting to know Japanese people.

Do you know a German band? What do you think of when talking about Germany?

So many….Rammstein… I wish I can meet them. Their merch is amazing…I saw a Rammstein perfurme in a drugstore. Wow!! I have to get one before I return to Taiwan. I want to smell like Rammstein.

Apparantly, Germany is the biggest heavy metal market in Europe. Wacken is the biggest heavy metal festival in the world...We enjoy Europe a lot! It is so interesting for us to visit so many countries. In the United States, apparently, no matter where you traveled, the language will stay the same, maybe some accent difference. But it won't make you feel like you've traveled a very long distance. During the days I toured in the US, we showered in Planet Fitness, slept in front of Walwart, which are all over the whole US, in our camping van everyday. Other thank the weathe, it mostly felt quite simular.

What are your plans for the future? Do you have a message to your listeners in Germany and Europe?

The chance I got for this Europe tour was pure luck. I want to give this good experiences to Taiwanese bands at home. So my dream is more Taiwanese bands could come over…

We keep our fingers crossed and …